We've got more than a foot in this race

At Absa we are committed to Shared Growth which, for us, means having a positive impact on society while delivering shareholder value. Africa’s success, in part, will come from partnerships – no single actor can solve societal challenges on their own. In July 2017, we announced a R6 million financial injection into the iconic Mandela Day Marathon over the next three years, further solidifying the marathon’s reputation as an annual celebration of the legacy of former President Nelson Mandela.

The Mandela Day Marathon has since its inception in 2012 become one of the fastest growing sporting events in Africa, attracting a loyal international following from both athletes and observers. The main race runs from the Arya Samaj Hall (Manaye Hall) in Imbali where Nelson Mandela made his last public speech on 25 March 1961 at the All-in-Africa conference, to the Nelson Mandela Capture Site where he was arrested outside Howick on 5 August 1962.

The starting and finishing points of the race form part of the Freedom Route experience, which was initiated by various stakeholders in the tourism industry to promote the freedom-related struggles of freedom icons of KwaZulu-Natal such as John Langalibalele Dube (Inanda Heritage Route), Alan Paton, Albert Luthuli (Groutville Museum), Mohandas (Mahatma) Ghandi (Phoenix Settlement) and others. This year’s theme is #Run4Unity and it reflects the ideals of a non-racial, non-sexist and prosperous South Africa that was envisaged by Madiba and that has since come to symbolise the Mandela Day Marathon. 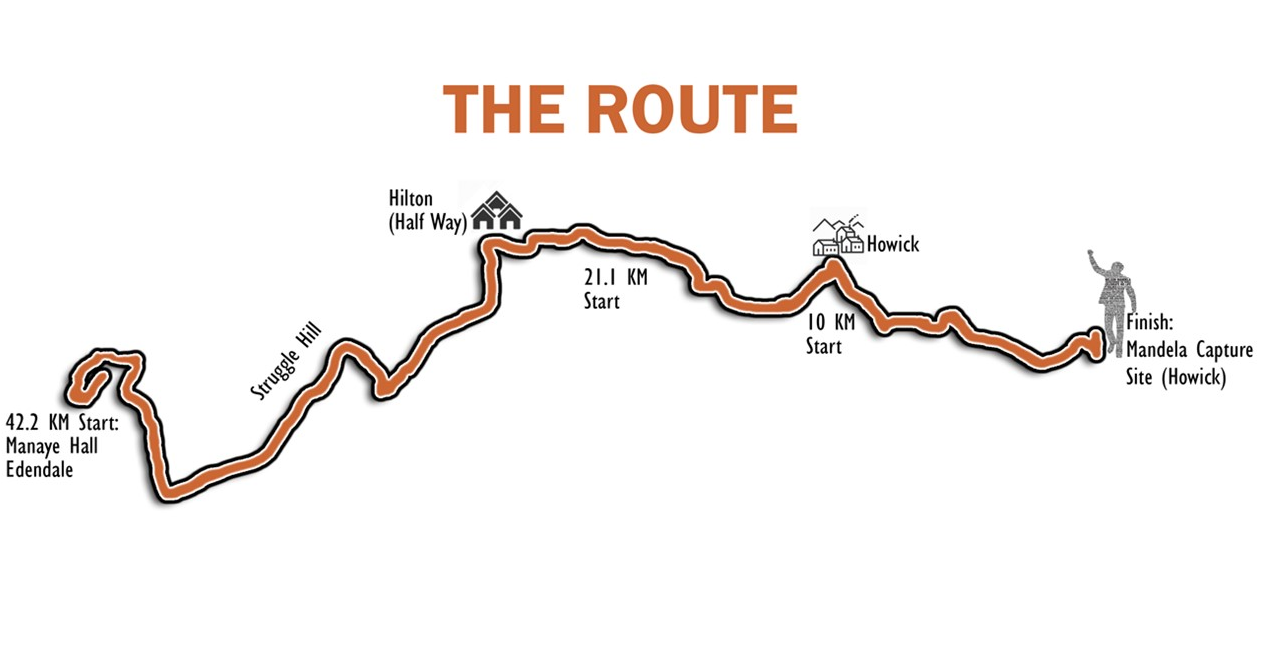 Absa has also pledged to adopt a community development project in the uMgungundlovu District area to demonstrate its commitment to imparting a lasting legacy as part of its partnership with the marathon. Absa fully supports Nelson Mandela’s belief that each individual has the ability and responsibility to make an impact through public service every day.

Absa, in association with the Mandela Day Marathon and KwaZulu-Natal Provincial Government, invites all Absa cardholders participating in the event, their spouse/partner and two children (under the age of 12) to visit the Absa Expo stand on 24, 25 and 26 August 2017 and pre-register for access to the dedicated Absa hospitality area on race day. Each guest will be issued with a wristband which must be worn on the day to gain access to the Absa hospitality area.

Read more about the race and event-specific details on the race website: