The Women Before Us

Take a moment to think about all your achievements – the personal accomplishments that fill you with pride, regardless of their size.

Now think about all the things that got you here. The lessons you had to learn to get to this point, and the people who helped you take on your goals with an open mind and ready heart.

Chances are, many of your triumphs on this journey have been powered and encouraged by the women in your life. A mother, aunt, sister, teacher, or friend. These are the women who came before you – full of strength, intelligence, and most importantly, hope. This Women’s Month, we are proud to release our latest Prosper film, celebrating women and encouraging every viewer to celebrate the women in their lives too.

Owethu Makhathini is a young woman who found her path in life, after witnessing the strength of the women before her. She’s a respected business owner, student, and lecturer, who at the age of 24, finds herself in a very similar position to that of the generations before her – answering the call to serve and guide many young women across the country. An important calling, which she takes very seriously.

Owethu’s beginnings were humble, but incredibly rich in teachings. She cites her grandmother, an English teacher, as one of her biggest influences. “My grandmother would read to me every night, except she would always change the ending of the story. I was, of course, fascinated by this magical book that sounded different every night, so I became determined to learn how to read to find out what the real ending was.”

She believes that her independence and conscientious outlook started taking shape at this young age, “Ever since then, I’ve approached my life goals in the same manner. Determined to consume information and break it apart for myself, in order to come to a conclusion independently and act out of my own volition at all times. It’s there where my love of information, literature, storytelling and self-determination was born.”

Owethu is currently studying politics, something that is engrained in her DNA. Her great grandmother was the late, great, Mary Thiphe – an extraordinary woman, who offered halfway house relief during the Apartheid era and marched for women’s rights in the 50’s, later becoming vice-chairperson of the ANC Women’s League. 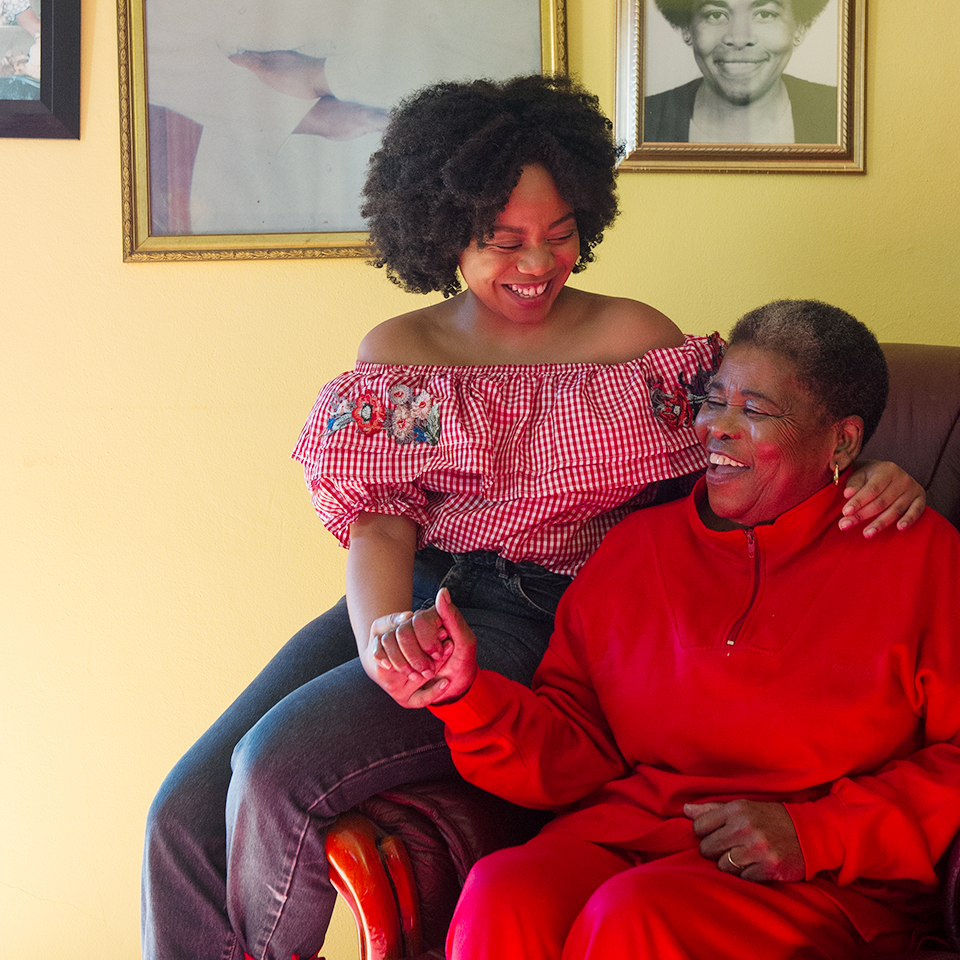 Owethu’s mother, a feisty career-woman, showed her the importance of believing in her dreams, and pursuing her goals. She also remembers her high school Zulu teacher with fondness and is thankful for the wonderful influence she had on her, “She was incredible! Smart, poised and unapologetic about her blackness and womanhood.”

It is clear that female influences like these, were exactly the reason why Owethu decided to forge the path she did. When you see her irresistible desire to make a change in the world and pay it forward, you can’t help but feel inspired to do something yourself. “I am in the position to impact thousands of young people in Southern Africa. Imparting value to others holistically is a gift. I’m humbled by my life and the impact I am able to have on young people just like me.”

The young entrepreneur is also contracted as a trainer for Absa’s ReadyToWork initiative, while delivering learning programs in digital literacy to young people across the country. “The Absa Ready to Work program is an incredibly important and insightful one. We are able to give people practical skills training and knowledge they can use to better their lives. The different and complementary modules give a delightful overview of life- from Work Skills to Entrepreneurship Skills to People Skills, all necessary in aiding young people to become employable or start their journey into entrepreneurial pursuits.”

Owethu is an irresistible force of nature, who holds a lifetime of lessons and promise in her pursuit for education and freedom. Her legacy is inspiring and her influence is unstoppable. “Trust yourself. We are given the tools to make ourselves better every day and that is our biggest gift and challenge. Once you know yourself and you are comfortable with who you are, you become unstoppable.”

Celebrating women, past and present. Prosper.